Again, RandoriSec was at Hack In The Box for the 2019 edition in Amsterdam! It was really great!

The first 3 days of the event are dedicated for the trainings. About that, we heard that the training from Nicolas Grégoire (aka @Agarri) was really great and got very good feedback from the attendees. If you want to improve your skills on Burp Suite Pro, you should attend this training.

The conference was held on the Beurs van Berlage conference centre. It’s really a beautiful building and with a big space for the expo hall: 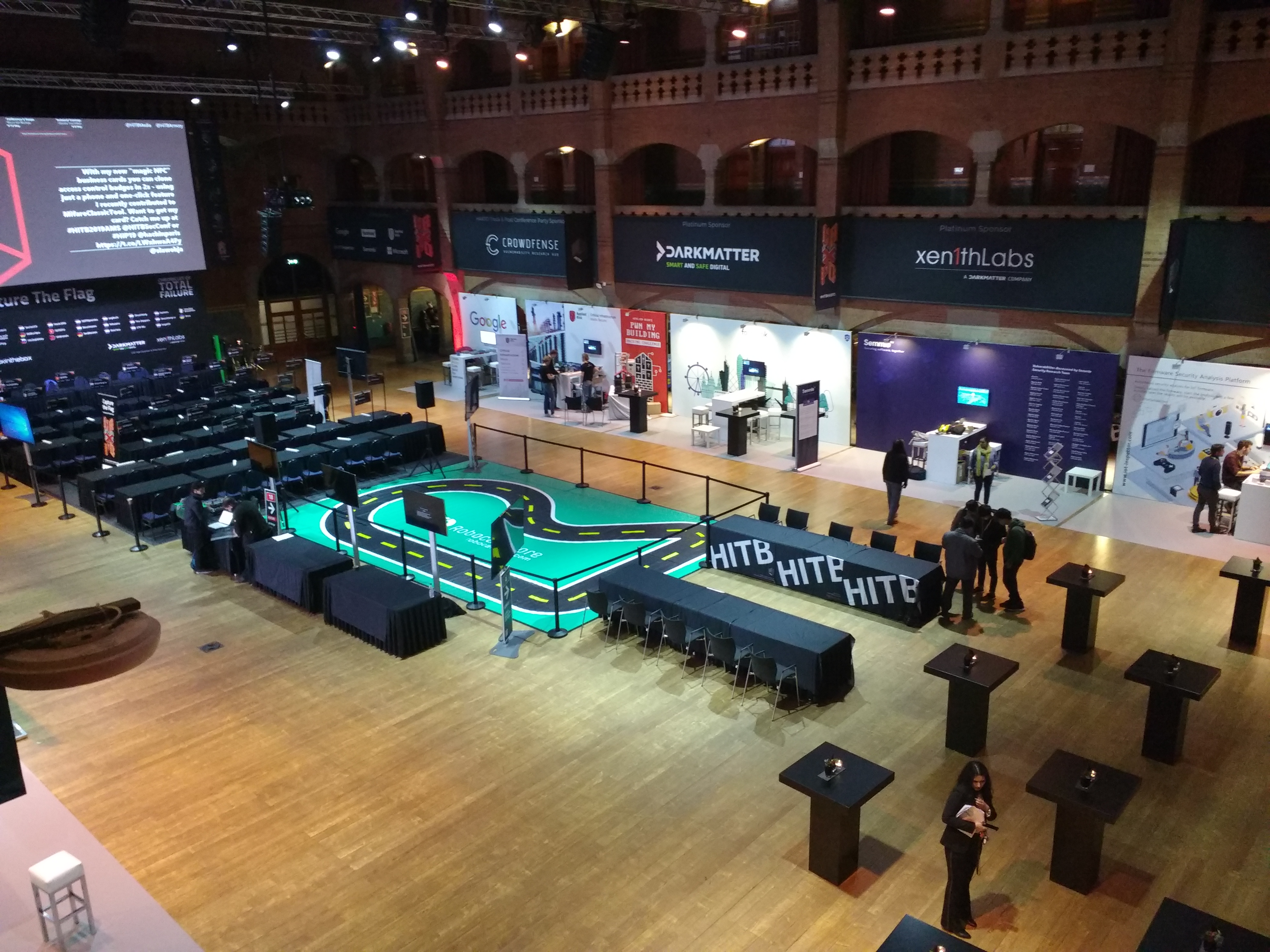 The event was divided in 2 main parts:

All the slides from HITB and also the HAXPO conferences are already available online:

The videos are not available already for the HITB, but you can already found the Youtube videos for HAXPO (Day 1 and Day 2).

The End Is The Beginning Is The End: Ten Years In The NL Box

Dhillon ‘L33tdawg’ Kannabhiran, who is the Founder and Chief Executive Officer of Hack in The Box, organiser of the HITBSecConf series of network security conferences, made a retrospective of the ten years of HITB. He presented the team working behind the scenes and also the volunteers helping to make this event. The big news of the keynote was the creation of a new event called HITB Cyber Week. This event will be held in Abu Dhabi from 12th to 17th October, 2019. Many activities are already planned such as: Attack/Defense CTF, Machine learning contests, Bug bounties competition and so on.

The presentation performed by Saumil Shah aimed to create an ARM shellcode able to evade IDS signatures and YARA rules. 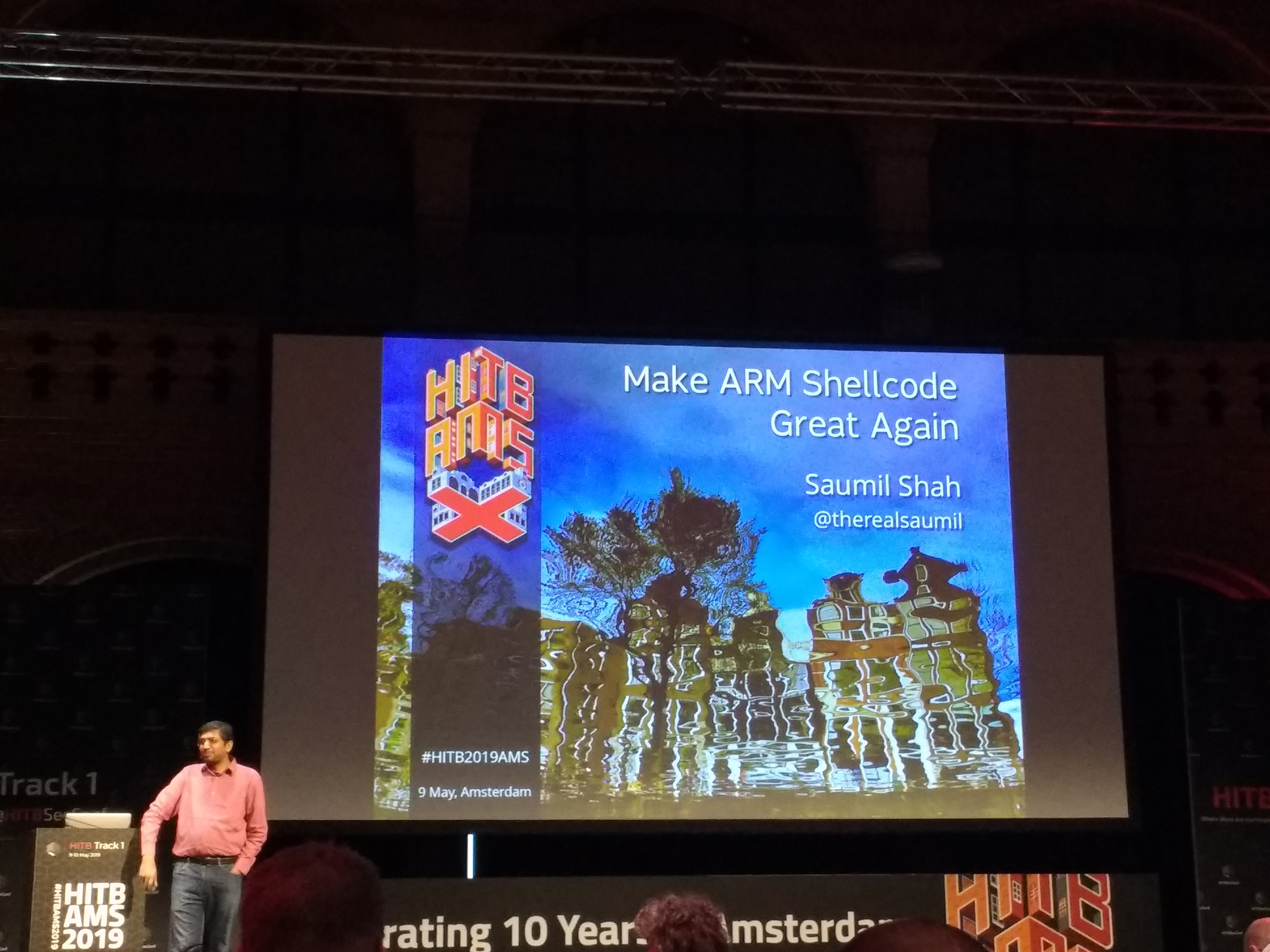 If you want to play with ARM shellcoding, you can look at the Github of Saumil:

A Decade of Infosec Tools

Thomas Debize performed a study about the most famous tools used by the infosec community. The idea was to look at the last 10 years and to know:

He analyzed the data providing from PacketStorm, ToolsWatch, Kitploit and n0where. This study showed some interesting figures:

All the data is available on his Github, if you want to play with it:

In the afternoon, Arnau Gàmez i Montolio performed a workshop about Radare2. We really recommend to check the slides and to take some spare time, if you want to improve your r2 skills!

The first day ended with a small party in order to share some drinks ;)

The second day started with a lucky draw in order to win a ticket for the HITB GSEC conference in August. The conference will be held in Singapore from 26th to 30th of August 2019. Unfortunately, we didn’t win a prize this time :(

The second day started with a keynote from Runa Sandvik. She is the Senior Director of Information Security at the New York Times.

The aim of this talk was to present the challenges of enhancing security in the context of journalism. The main points are to secure the newsroom, protect the sources, avoid online threats and harassment.

Marion Marschalek started her talk with a quote from Ken Thompson:

To what extent should one trust a statement that a program is free of Trojan horses? Perhaps it is more important to trut the people who wrote the software

For us, it was the most interesting presentation of the event. The talk started with this quote:

There is no pre-auth RCE in Jenkins since May 2017, but this is the one! 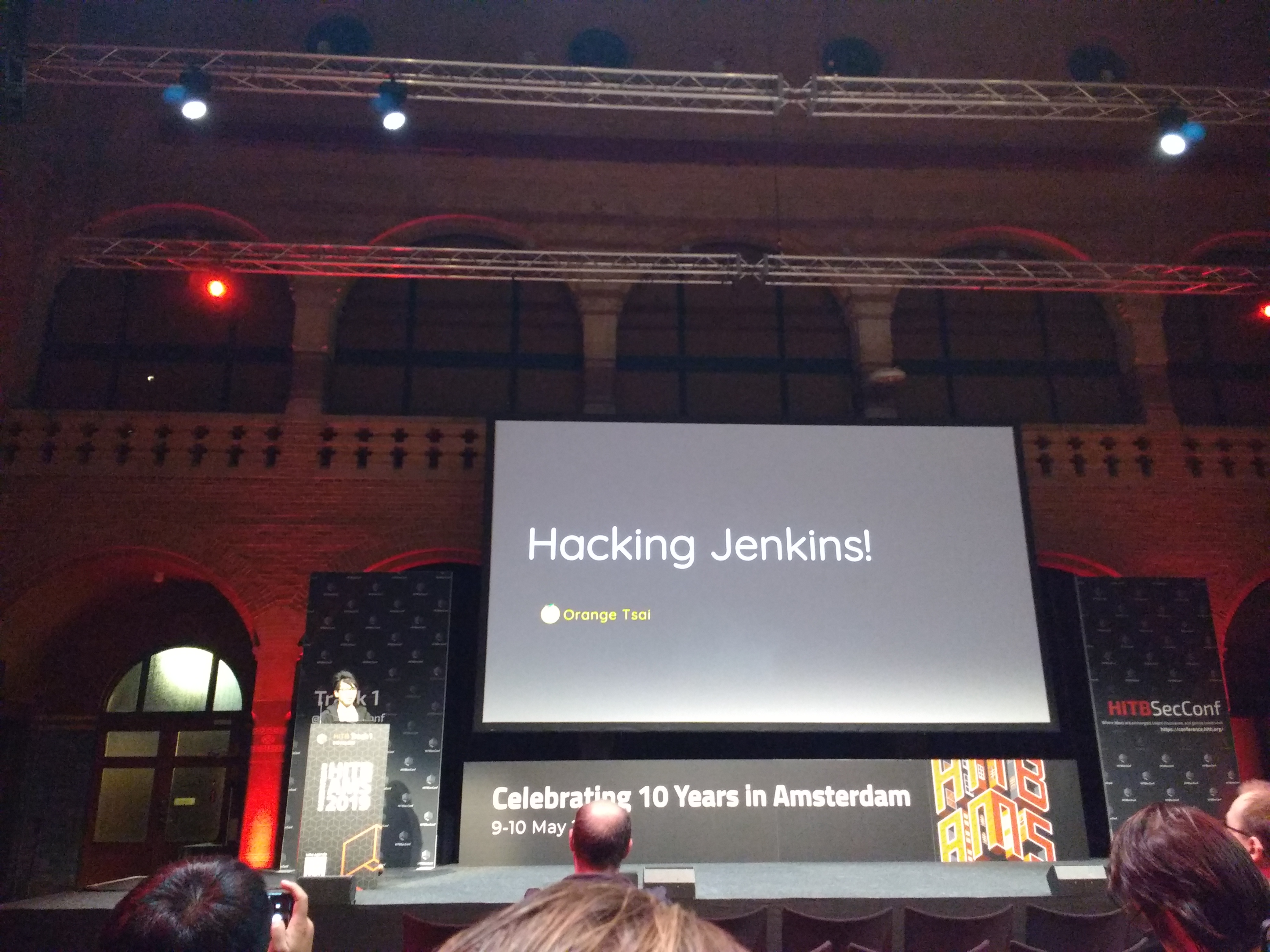 In addition, we strongly recommend to have a look to the blog posts provided by Orange Tsai on this subject:

And of course, watch the video when it will be available!

I Own Your Building (Management System)

A BMS or a BAS is a computer-based control system installed in buildings that controls and monitors the building’s mechanical and electrical equipment such as ventilation, lighting, power systems, fire systems, and security systems.

He focused his research on different devices such as:

Sadly, he found many critical vulnerabilities allowing unauthenticated remote code execution and also many access control bypasses. Some advisories can be found on their website.

Unfortunately, no slides are available, but a whitepaper will be available on their website, which is expected for June 2019.